100+ Memorial Quotes to Use for Inspiration

Choosing the right inscription to engrave on a loved one’s memorial or monument can take days for...

Take a walk through your local cemetery, and you’ll notice a wide variety of headstones and memorials featured throughout the grounds. Some will be upright, others lawn level and a few may be big, ornate buildings called mausoleums.

One structure you might see that could be unfamiliar to you is called a columbarium. Although columbariums have existed for thousands of years, they are experiencing a resurgence in popularity due to being both an environmentally and budget friendly final resting place.

What is a Columbarium?

A columbarium is a public or private structure (wall, room or building) that houses cremated remains instead of caskets. It is composed of small niches that hold a single urn.

Much like real estate, the cost of a niche is often based on its location. Prime (and more expensive) locations are at eye level where a person’s name can be easily seen. Niches located up high are less expensive. The face of the niche can be personalized the same way as a headstone—with inscriptions, as well as with flower vases.

Many cemeteries offer columbarium niches in the wall of a mausoleum or feature a public, standalone garden columbarium. Memorial companies can also create a columbarium for just your family. These individual columbariums can be built in any size to hold as many urns as necessary. When complete, a personalized plaque is placed outside of each niche, identifying the remains that are kept there.

The term columbarium is derived from the Latin word columbaria which means dove, the Biblical bird that represents peace. In medieval England, upper class families used columbaria (also called dovecotes) to house doves and pigeons as a source of food, feathers for fashionable adornments, and manure for fertilizing the land.

Columbaria did not become associated with human memorials until Buddhists in ancient Asia built elaborate columbaria to hold cremation urns. Buddhists, who commonly practice cremation instead of burial, were some of the first to build columbariums modeled after or attached to Buddhist temples. 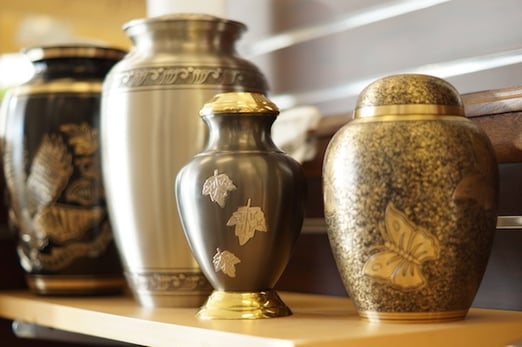 Columbariums were also used by funeral societies during the Roman Empire to inter the cremated remains of the middle and lower classes. They were often attached to churches or cathedrals, made out of brick and rectangular in shape. Some featured an open courtyard in the center where the walls held niches for urns, while others were located underground. The niches during this time featured elaborate inscriptions, epitaphs, paintings and mosaics. They were intended as private spaces for relatives and friends.

Reasons to Choose a Columbarium

A columbarium is an environmentally friendly option for people interested in reducing their carbon footprint because: 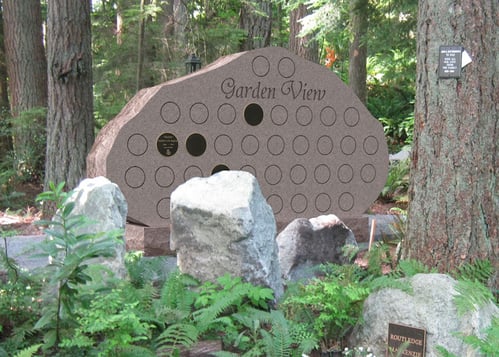 Other reasons columbariums are appealing include:

Many families that choose cremation aren’t aware of the full spectrum of memorialization choices available to them. Nearly any memorial option that’s available for traditional burial, as well as many more, can also be selected for cremated remains. You can learn more about cremation memorials in our free Cremation Memorialization Guide. 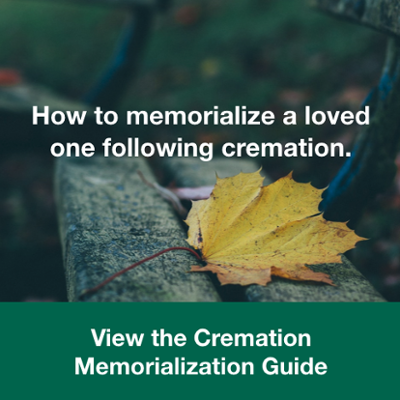 5 Alternatives to the Traditional Cremation Urn
According to the Cremation Association of North America, more people than ever before are choosing...
What Memorialization Options Do I Have When Preplanning a Cremation?
People choose cremation as their means for final disposition for a variety of reasons. Some like...
Can You Bury or Place an Urn in a Cemetery?
A cemetery serves as a physical place for families to visit a lost loved one. They provide us with...